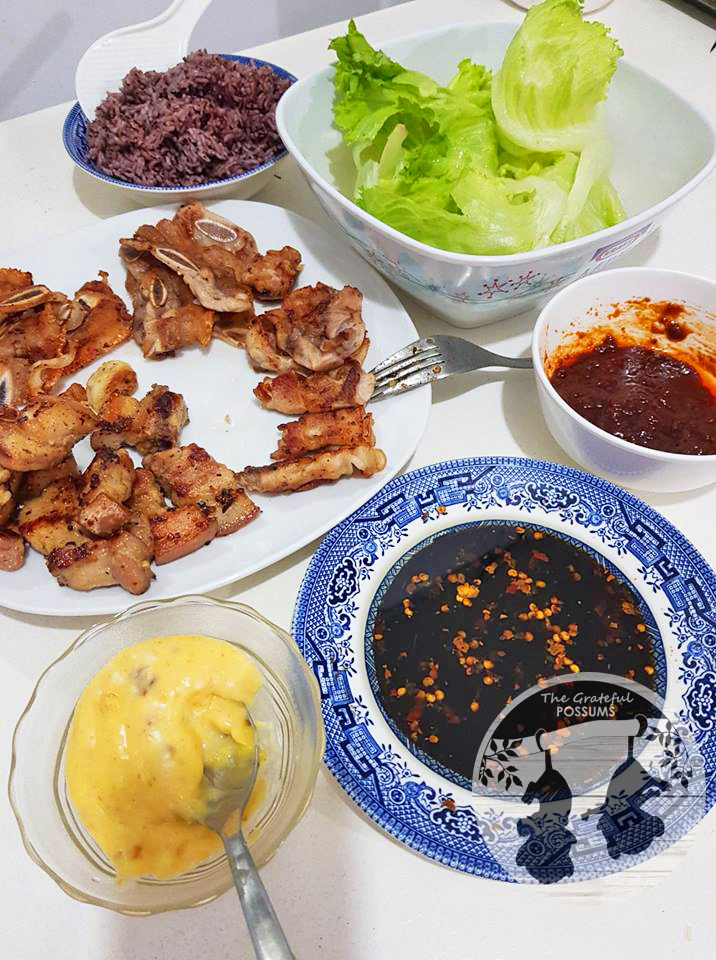 We Filipinos love food and from my opinion, we’re one of those who actually love and are enthusiastic to discover and try different types of cuisine in Asia (if not most). I guess it has something to do with us being hospitable as well. We’re used to Western cuisines already and in recent years (Chinese and Japanese aside) we have been more open on trying other cuisines from our Asian neighbors, which includes Korean food, most specially Korean BBQ (Samgyeopsal or Samgyupsal).

It shouldn’t be a surprise with the still rising Korean expatriates (specifically South Koreans) in the country, Korea-novelas and KPop going mainstream, food wouldn’t be so far behind. I think Korean BBQ or restaurants in general started in the early 2000’s but got hyped and blown out only a few years back. First tried Korean BBQ when we we’re in Dubai back in 2014. It was so far from the usual resto’s here in the Philippines because there you have to sit on the floor and it had a more “homey” feeling.

With that being said, I thought of having a Korean BBQ at home! I love eating out (actually, eating in general) but I LOVE eating at home especially when I get to “hack” some of my favorite dishes from different restaurants and I’ll be sharing more soon (when I get the time and not too busy to take pictures while cooking LOL.). I’ll share with you how I made it and the Best part, it doesn’t need much! not even a GRILL! (yep, you heard it right).  I wasn’t worried with the meat since its pretty simple to prepare. So without further ado, here you go! (You can thank me later hehe)

At first, I thought of using a grill but I was so lazy so I decided to just use a pan and wing it! So yeah, You need a pan, I used a non-stick pan, BIG mistake! So use the typical, “kawali”  you can also go for the usual grill its you’re choice 🙂 Also, recipe for the Korean BBQ dip (Ssamjang) is available below.

DISCLAIMER: If you’re looking for an Authentic Korean BBQ, well I can’t confidently say this is. as mentioned I just winged it based on the Korean BBQ’s I have tasted, and for me it tasted like Korean… BBQ.

For the Meat: (you can use pork and beef) I only used pork because the beef we have in the local supermarket doesn’t really look appetizing. Also some supermarkets do have ready pre-packed Korean BBQ meats, but personally I’d go for the fresh one. If you’re using beef use Sirloin or short ribs.

Use as much as your heart desires, you can use different pork cuts but it tastes good if you have a bit of fat and meat. I used around 250 -300 grams.

You can ditch the salt and pepper actually, I prefer to use it. Just mix it all together, give it some lovin’ and rub it then set aside.

I had pork belly left in the fridge (Adobo cut) so I decided to use that as well. You can use the same cut as above.

Mix everything together and marinade. I only marinated it for 30 mins but I suggest at least an hour.

The typical dipping sauce for Korean BBQ is Ssamjang, actually its more for the lettuce wraps. You can readily buy pre-made dip  which could make your life easier but of course made from scratch tastes so much better (plus no preservatives/ additives). There’s a lot of recipes online I combined them based on what I remembered seeing and tasting on ssamjang dips I’ve had.

Oh! and don’t forget the Lettuce! (side note: is it just me or I find lettuce to be a bit expensive. Got a ball of lettuce less than the size of my fist for around P40, more of a rant. Sorry :p)

Mix it all together. That’s it! Pancit!

It’s typically just soy sauce and rice vinegar, but I made my own version again based on typical recipes and what readily available in our kitchen.

Just mix it all together.

Korean BBQ restaurants do use cheese as dip as well, mostly mozarella. I had cheap local cheese left on the fridge so I just melted it on the sauce pan and because it was cheap it was hard to melt so I combined the ingredients below so it would taste and melt better.

I suggest melting the cheese last, like just before eating because it solidifies quickly. Or keep the stove on on low fire, cheese tastes good when its a little bit burnt. (I am realizing this just now as I type and asking myself why I didn’t think of doing it at the time of cooking. tsss!)

Its crazy simple really, heat your non stick pan (medium) you can put a tiny bit of sesame oil on it and start putting your meats. My suggestion “grill” some garlic and onion with the meat. And if you want to be fancy, use chopsticks for your Korean BBQ while you’re at it.

I don’t have Korean BBQ side dishes prepared (to be honest, I was just lazy to make at least one) but if you’d like to make some I found this Banchan

This is my favorite part haha, just pair it with whatever side dish you want, in our case black rice. Do some lettuce wrap and you’re all set. There you go! Your own Korean BBQ in the comfort of your own home 🙂

As you can see I don’t really follow recipes, I don’t even follow my own. Hehe. I don’t think there are any rules in cooking to be honest, as long as it is fresh and tastes good (Well unless you really want to have the “Authentic” feel). The main point of this post and future recipes is to try to make similar dishes with what’s readily available to you and for you to have creative freedom to do whatever the heck you want with it and enjoy it!

I hope you give my Korean BBQ at home version a try. Let me know how it went and if you have any other suggestion to make it better. I would love to here from you. I would love anything food related. Hit me up on the comments below!